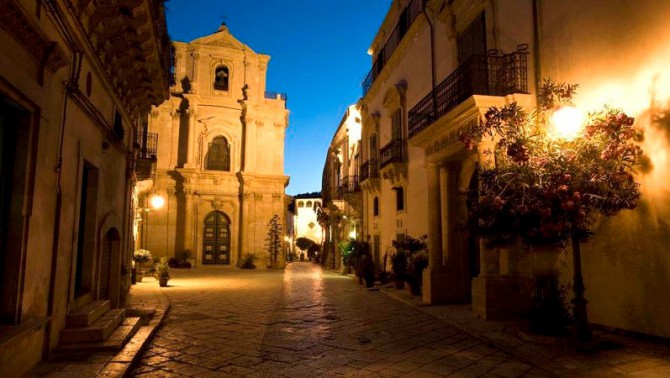 Main information about the city 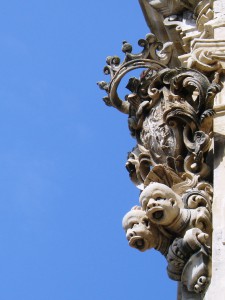 The city of Scicli is about thirty kilometres from Ragusa, the most important city in the province, and about five kilometres from the sea. The city lies in a wide valley, surrounded by rocky hills. It has an altitude of approximately 100 metres above sea level and has a population around 26.500 inhabitants.
The city’s origins are very ancient, probably dating back to the Siculian period, between 1500 and 1000 B.C. The Siculians settled on the top of St. Matthew’s hill.

The city was then colonised by the Greeks and the Romans. After the fall of the Roman Empire, the city was subject to barbarian invasions and the Arabs took control. Particularly, the city fell under Muslims domination in the IX century. 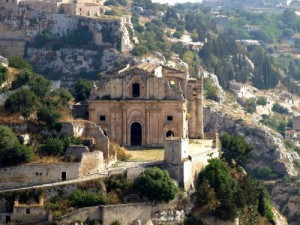 In 1091, the city was free from the Moors. The Normans came and introduced the feudal system. After the Normans, the Swabians took over control. Under king Federico II Scicli became a State property. Subsequently, the city fell under the domination of the Angevins, and later, under the Aragonese, the County of Modica was born and Scicli became part of it.

Disastrous events that affected the city such as the plague of 1626, the invasion of locusts in 1687 and the 1693 earthquake caused its inhabitants to transfer closer to the valley, abandoning the St. Matthew’s Hill.

Today, as in the past, the economy of the town is based almost exclusively on agriculture and greenhouse production of early produce (“primaticci”). The few industries present in the area are all connected to agricultural sectors.